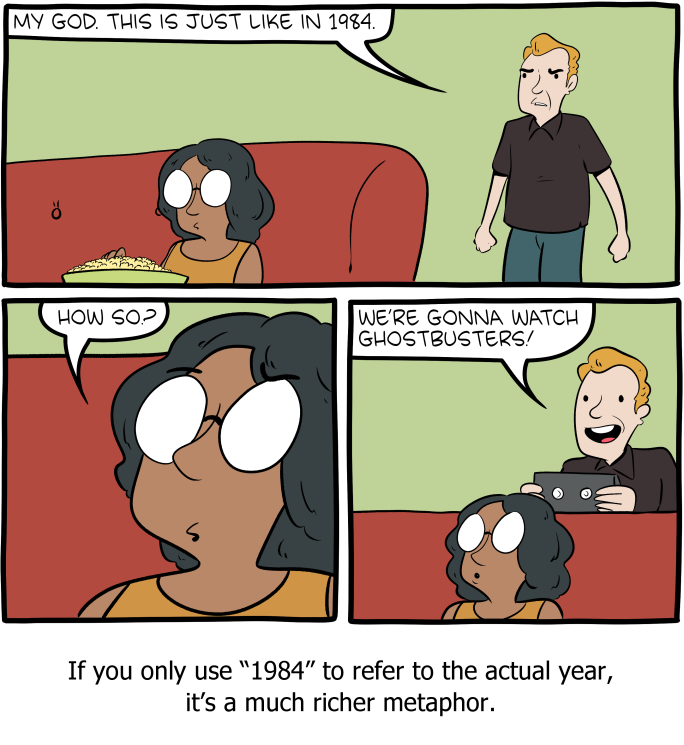 Hovertext:
Social media commentary is a lot more interesting if this is your default.

This is just like 1984: I'm listening to Purple Rain and playing King's Quest!
Melbourne, Australia

We have to take it that way, Orwe'reall doomed.

Conan is having a hard time being off the air
Bend, Oregon

When he wrote this letter to his mother in 1944, Roald Dahl was working at the British Embassy in Washington, D.C.—one of hundreds of undercover agents employed by Britain’s MI6 foreign intelligence service to spy on the United States. Dahl’s debut novel, The Gremlins, had been published the year before, and it would be another seventeen years until his first children’s book, James and the Giant Peach, set him on the path to becoming one of the best loved and most entertaining authors in history. What is clear from his countless letters home during World War II, however, is that Dahl had been honing his craft for some time.

I just got a cold; the first one that I’ve had for many months, since last spring, I think. There’s not much point in telling you because by the time you get this, it will be gone – or I hope so anyway.

Last week a friend of mine in the embassy called Paul Scott Rankin went on leave. He left behind him for me, to take care of, his enormous brown bulldog called Winston. I said I didn’t mind; he looked all right. But Winston is no ordinary old dog. He is stupid and lecherous and cantankerous and all the time he grunts and snorts and slobbers. Paul said, let him sleep in your bedroom and he will be all right. He snorts all of the time, but you will find that pleasant and soporific. So the first night Winston slept in my bedroom. He snored and grunted and made a great noise all night, and I slept very little.

In the morning I took him into the embassy and let him sit in my office. But he farted continuously and with great gusto. Once he did it whilst I was dictating to the secretary, and I had to turn him out on the spot so that she wouldn’t think it was me. But he scratched on the door and I had to let him in again and open all the windows. He continued to fart regularly and contentedly for the rest of the day, and I was very cold with the windows open. Once when I went out of the room to see someone, I came back to find him sitting on top of my desk amidst piles of secret papers and red boxes which had G.R. in gold on their lids. I threw him off and he farted again.

That evening I had supper with crown prince Olav and Martha at the Norwegian embassy so while I went in I left Winston in the car. After dinner I said that I would have to go out and give Winston a walk and let him have a pee. They all said, ‘Bring him in.’ I said, ‘He farts; he isn’t any good and he has no respect for royalty.’ They said, ‘Bring him in.’ So I brought him in and he spent the rest of the evening slinking around the room casting lustful eyes in the direction of the crown princess and belching quickly. He only farted once there, and they thought it was a Norwegian ambassador, so that was all right. The ambassador was embarrassed.

That evening I locked him in the kitchen. In the night he broke down the door, after relieving himself on the floor, and came rushing upstairs to the bathroom, where he shat hugely and decisively in the middle of my pink bathmat. I didn’t sleep much that night either.

The next day at the embassy was very much the same as the one before. Then in the evening I was dining with Carlos and Maria Martins, the Brazilian ambassador and wife, so I took him in. Now Carlos Martins is a great connoisseur of food and wines, but with Winston lying underneath the table during dinner he was not able to smell either the bouquet of the wine or the aroma of the food. He smelt only the smell which this wretched dog was making below. Carlos said after dinner, ‘Winston makes much bad smell, eh?’ I said yes he did, he was constipated. Then the next morning, completely exasperated, I took him to a luxurious and expensive dog’s home and told them to keep him until Paul came back.

Never get a bulldog.

Lots of love to all

jepler
reply
... where he shat hugely and decisively in the middle of my pink bathmat ...
Earth, Sol system, Western spiral arm

Hovertext:
I'm available to write this script for free in 30 minutes.

The necessary IP rights necessary to make that movie are astounding.

DexX
Give it a couple of years and Disney will own all of them.

Hovertext:
While showing off bits of this I found out about Foone who is trying to run Doom on their brain. 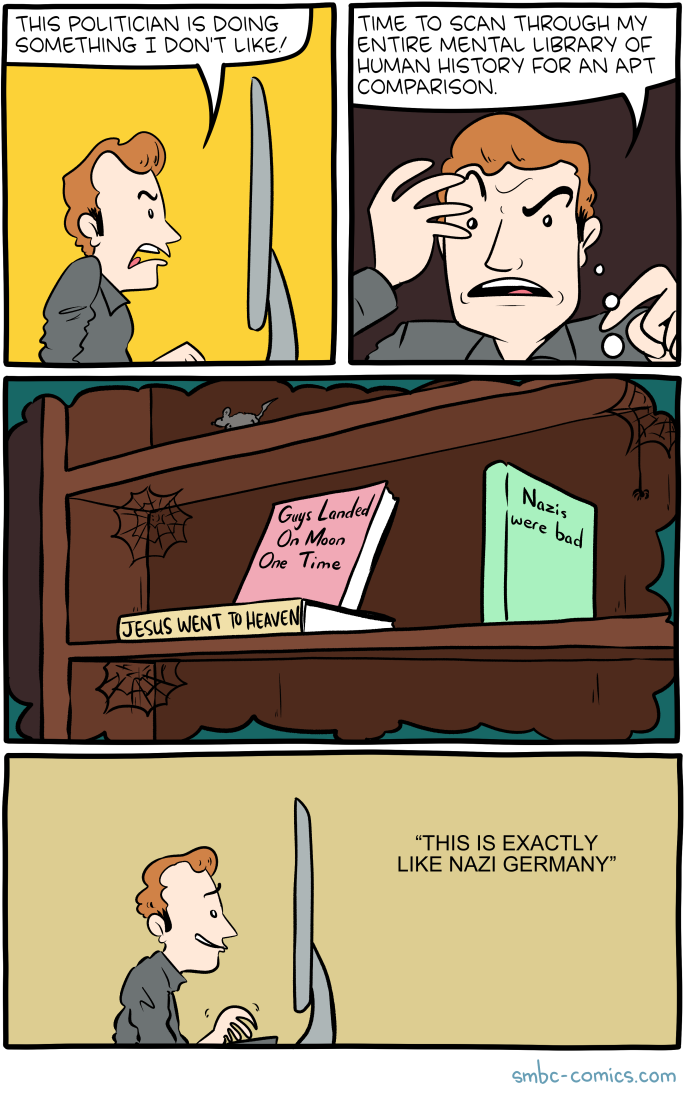 Hovertext:
If you think this is bad you should see the library of literary references. Also the well-populated shelf about sasquatch and aliens.