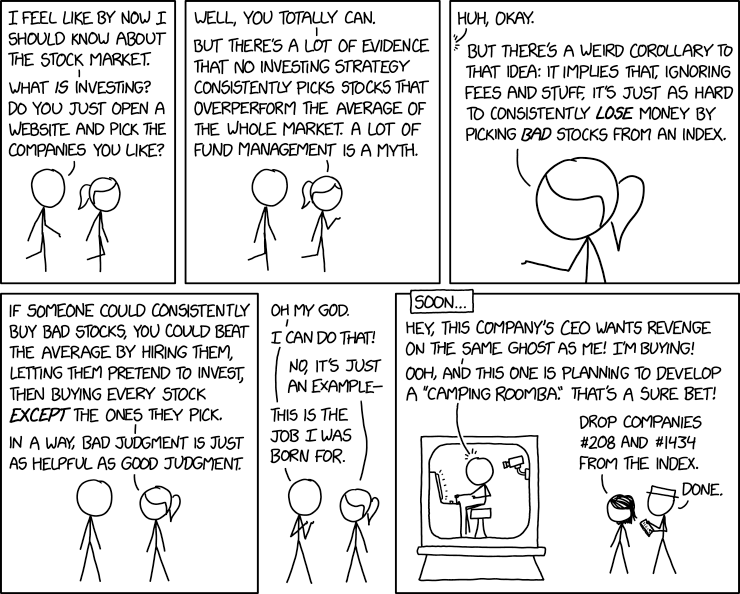 On the news a few days later: "Buzz is building around the so-called 'camping Roomba' after a big investment. Preorders have spiked, and..." 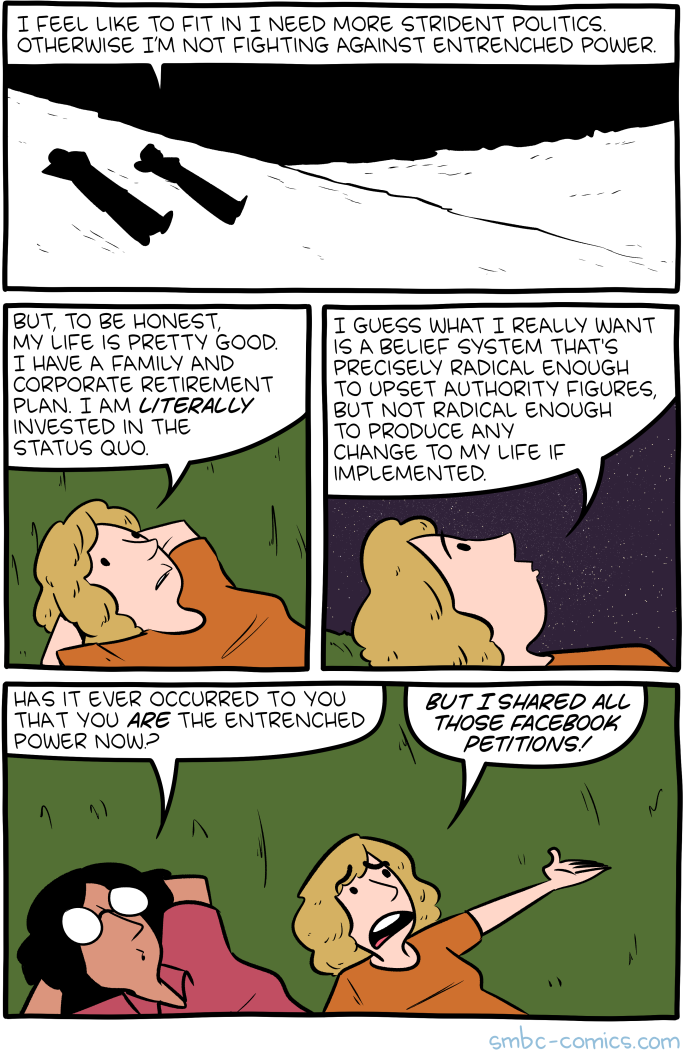 Hovertext:
You think all my twitter observations just write themselves?!

I feel this way everytime we look at the 401k balances.

duerig
The irony is that the status quo is mostly being defended by the have-not outsiders who want to tweak the system around the edges by expanding medicare or whatever. While the people raging against and working to break the status quo are the haves who don't have a coherent ideology but somehow want to break the system that supports them but which forces them to pay some taxes and might sometimes help the have-nots. What an upside-down world we live in. It is as if Louis had tried to topple the monarchy while the assembly attempted to keep it in place.

If you love A-Listers, A-Holes, & A-gatha Christie - it's Honest Trailers for Rian Johnson's Knives Out

►►Watch our Joker Trials and More In This New Series - Fanom IRL►►https://www.youtube.com/playlist?list=PL9B0Pxuvqlzxw1aeY7Y9pO1FidBe1UEwa 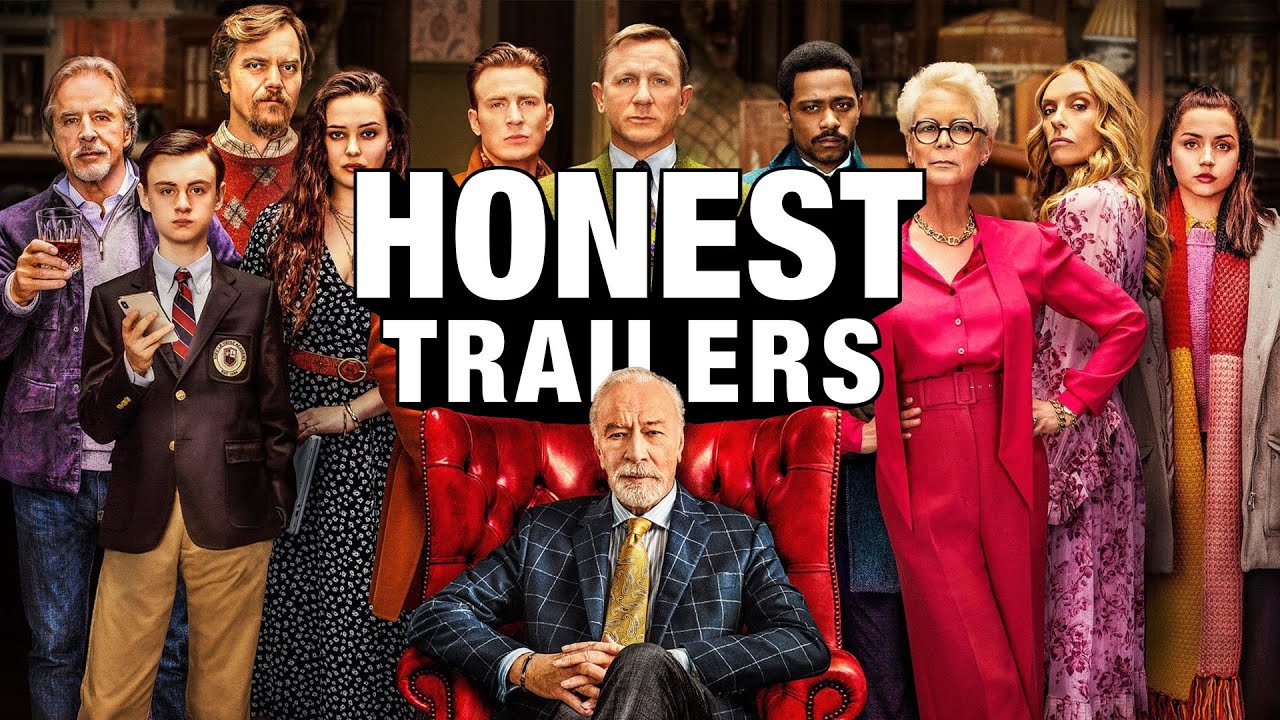 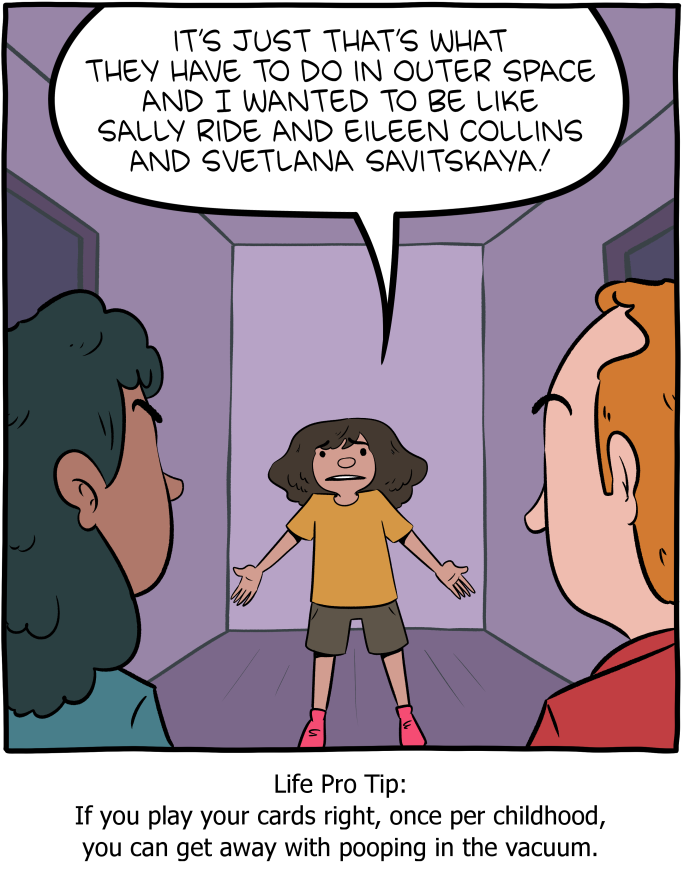 Hovertext:
The brave men of Apollo had to poop in tiny plastic baggies, back when men were men. 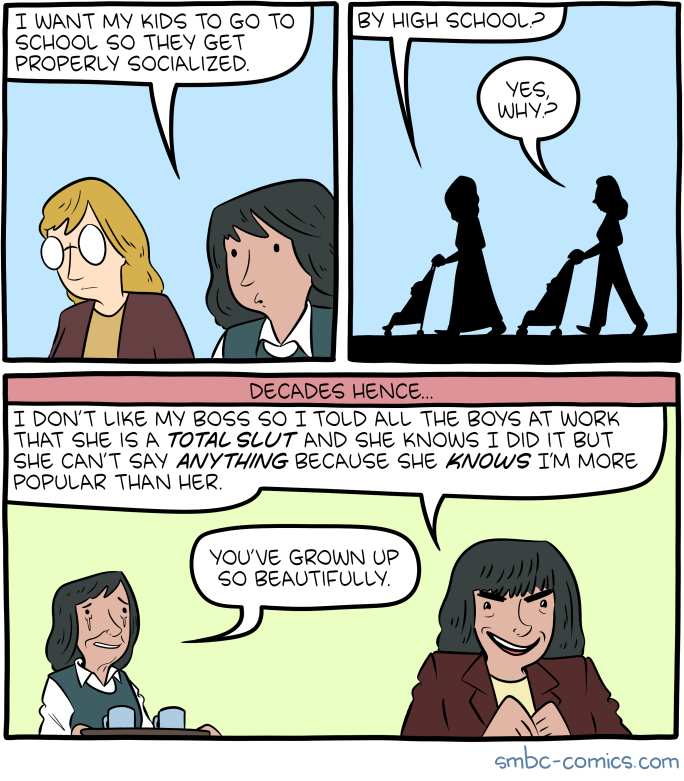 Hovertext:
If you send hatemail about this, it's proof you were poorly socialized.

I’ve trained neural networks to generate candy hearts before, and the process goes something like this:

That neural net started with zero knowledge of English and could only learn what was in those original 366 heart messages - and it didn’t know to avoid certain letters in certain combinations.

This time I tried using GPT-2, a neural network that had already learned a lot about to write English from scanning millions of web pages. It had learned to predict what comes next in whatever text you give it - give it the ingredients of a recipe and it’ll try to do the directions, or start listing your favorite animals and it’ll try to think of more. It had no special training on candy hearts (although possibly it had seen lists of them online), but I used talktotransformer.com to give it lists of existing candy hearts to add to, to see what it would come up with. Keep in mind that this was not a neural net specially trained on candy hearts. What I was doing was kind of like walking up to someone and shouting “HOT STUFF! COOL DUDE! LOVE BIRD! CALL ME! WHIZ KID! AS IF!” That would be confusing to anyone, but really, it was still a bit strange of the neural net to respond by shouting “LUBRICANT!”.

Did it have any idea what was going on? Probably not. After it had listed a few messages in all-caps, it would sometimes continue with other kind of text, and from there I could tell that it thought it was generating:

Even when I gave it a clue and prefaced its prompt with “These are some candy heart messages:” it still didn’t seem to know what it was doing. Candy hearts were probably rare in its training data (unlike harry potter fanfiction). Another clue was that its candy heart messages were often super long - it had no concept of a length limit and seemed to be taking its cue from human all-caps shouting.

DIFFICULTED ACCESS, REALLY NEED THE LOW DENSITY COD
GOD BLESS YOU UNDEAD CREW >.>
HOT STUFF MY BODY IS
POPPING AND FLOWING LOVE
[SHEETS ON THE DANCE FLOOR (21’)]]
MESSAGE FROM A CRYPT SAYING ITS NICE TO SEE YOU SENDING ME A FRIENDLETTER
I WOULD LIKE TO KNOW WHAT DAY IT IS
BEWARE OF OUR BOTTOM LAYER
HOW TO DRESS LIKE A BAT
AMERICAN OCEAN CABBAGE DELIGHT
CHOCOLATE BANANA PARMESAN
ON THAT NOTE, may I offer you a cookie Bonus content: More candy heart messages, including some you DEFINITELY wouldn’t find on an official candy.

My book on AI is out, and, you can now get it any of these several ways! Amazon - Barnes & Noble - Indiebound - Tattered Cover - Powell’s﻿